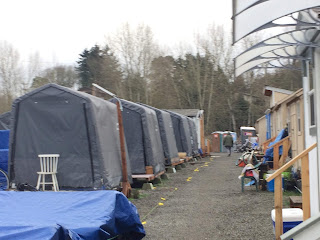 According to a recent article in the Seattle Times deaths of homeless individuals in King County increased steadily from 2012 (78) to 2018 (191). This represents an increase of 245% or an average of 35% per year. The increase in the number of deaths has climbed steadily in the last 4 years. Furthermore, the causes of these deaths in 2018 that occurred out of doors included, “cardiovascular disease, gunshot wounds and blunt-force injuries, as well as complications from alcoholism, suicide, overdoses from fentanyl or meth.” Included in these statistics is the death of a 7-month old baby apparently from sudden infant death syndrome.

This issue, of course, is not particular to King County in WA state, but represents a crisis having national implications i.e. Los Angeles reported the deaths of 831 homeless individuals during the same year – 2018. There is no region of the country that is spared the societal burden of homelessness.

The economic, social and cultural impact of homelessness is readily apparent to anyone who has seen or felt its deleterious effects. Although it would be easy to simply blame the homeless for their plight, it is a complex issue that is a result of many and diverse factors including poverty, drug addiction, substance abuse, mental health issues, physical disability and illness and a paucity of low-income housing. All of these problems are amenable to solution provided that public policies are instituted and employed to deal with them.

Given this reality, why is it that vulnerable individuals and families continue to be added to the ever-growing number of homeless in our cities and towns? Why is it that governments at all levels of society – town, city, county, state and federal – are unable to formulate working solutions to these problems and effectively eliminate the prospect of homelessness for anyone in this country? In other words, why has homelessness evolved into such a vexing problem in an exceedingly wealthy nation as our own?

In spite of this horrific reality, it seems readily apparent, that homelessness as a state of existence does not seem to capture enough public attention and cause enough concern to be regarded as an unconscionable situation requiring immediate action. It apparently is not regarded as a high-priority issue demanding immediate remediation. Instead, the vulnerable in our country are left in a perpetual state of anxiety regarding their fate. In fact, under the right set of circumstances almost anyone can fall into the spiraling abyss of homelessness. Collectively, we are certainly capable of dealing with his issue head-on and resolving it once and for all.
Posted by Joseph Aprile at 11:46 PM