The Critical Need for a New Paradigm 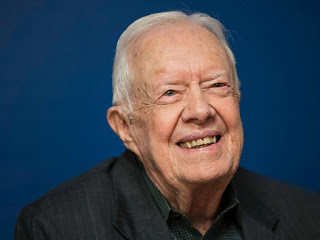 The human species is in a state of perpetual crises. This has been made evident by the turmoil present within so many human societies throughout the globe. It has been this way since the very beginnings of human civilization. The protracted history of humanity in the last 10,000 years has been filled with many wars of aggression, widespread bigotry, hatred, and enmity between peoples who view themselves as being different. This propensity for tribalism and xenophobia is more than likely a result of human evolution on planet earth – it was a time when these kinds of responses provided a significant advantage for small local groups competing for survival in an essentially hostile environment. During this early stage in human evolution, the species (Homo sapiens) was sparsely populated on the planet and the tribal disputes between local peoples of different origins did not have much of an impact on the longevity of the species or on the health and state of the natural environment primarily due to the primitive nature of weaponry.

Currently, however, with close to 8 billion individuals populating this fragile ecosystem called earth and where advances in technological warfare has brought us horrendous weapons of mass destruction, this is no longer the case. We have reached a time in human development on planet earth where it has become imperative that humans learn to cooperate with each other regardless of their place of origin, the color of their skin, their particular belief systems, and their sexual orientation.

The level of competition between peoples for natural resources such as land and water and sources of energy, for example, has become so acute that the usual practice of acting with violence and aggression towards real or perceived adversaries has become counterproductive and detrimental to the very future of the species. Empire building and the penchant for colonization has thankfully diminished over the recent past, but the urge to dominate others and accrue wealth and power at the expense of the weak remains as a dominant and corrosive force within the body politic.

The modern quest for energy to propel the hunger and thirst for material progress has now created a situation where the very stability of the earthly climate is in jeopardy. In order to ensure a secure future for the coming generations, the only remedy is to reach all-encompassing solutions to the daunting issues of climate change, wars of aggression, hatred, and bigotry and to build cooperative and compassionate relationships between all peoples around the globe.

To accomplish these elusive goals on a worldwide scale requires a new paradigm – one in which all humans inhabiting this planet are accepted as an intrinsic part of the human family and worthy of an equal chance and opportunity to pursue their goals, aspirations and the promise of a full and rewarding life. One in which all humans are viewed as being of equivalent worth and held within the context of a universal and caring global human community.

It is within this light, that true peace and security is achievable. It is within this light, that humanity will finally be able to release itself from the seemingly endless cycle of violence and retribution. Whether humankind will ever be able to transcend the oppressive boundaries of its own limited conclusions is, of course, an open question. We must, however, dare to hope and dare to dream and dare to finally act in our own best interests.
Posted by Joseph Aprile at 7:52 AM